The dangers of plastic tubes have long been noticed by many corporations, retailers and even countries and cities. It turns out that cigarettes pose a greater threat to the environment.
The latest report shows that the greatest pollution of the oceans as a result of human activities is caused not by plastic pipes and bags, but by cigarette butts. That's why I want to focus on this type of garbage.
First, when growing tobacco, the soil is severely depleted and requires land resources.

Cigarettes contain at least 4,000 chemicals, approximately 50 of them are carcinogenic. Many of these chemicals are derived from tobacco farming, including herbicides, insecticides, fungicides, and rodenticides. Moisturizers are added to keep the tobacco moist. Many of them are additives used to flavor and regulate the burning rate of cigarettes. The tobacco industry reports that many of them are safe – when consuming them for food, but not necessarily when burning and eating.

Cigarette butts emit numerous chemicals into the water, such as heavy metals, nicotine and ethylphenol, and can be a constant source of pollution of aquatic environments after discharge

Discarded cigarette butts can be dangerous to the health of infants and animals. Cigarette remnants are usually dumped on beaches, sidewalks, streets, parks and many other public places where children, pets and wildlife may be at risk of entering their bodies.
Connolly et al analyzed 13,705 cases of tobacco use registered in the National Poisoning Data System for 2006–2018, the majority (70%) were among infants under 1 year of age.
During the period 2005-10, the US veterinary services received calls about 801 cases absorption of cigarettes or cigarette butts among dogs, 41 among cats and six among other species

Also, the trillions of cigarette butts generated each year around the world are a major challenge to recycling regulations, primarily because they are toxic and hazardous waste.

Consider examples of practices of different countries on the collection and processing cigarette butts. 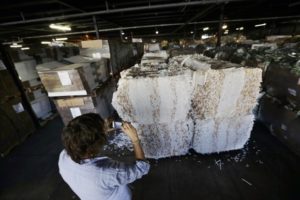 32 US states There are extended manufacturer's liability (EPR) laws for circuit breakers, batteries, carpets, mobile phones, electronics, fluorescent lighting, mercury thermostats, paint and pesticide containers. The broader concept of producer management includes EPR, but adds the consumer and seller to the regulation. In 2010, Maine considered it a comprehensive waste management law, which is a much better model than the EPR. Using either the EPR or the Maine model, the tobacco industry will need to cover the costs of harvesting and processing/ cigarette butt disposal. Additional requirements included in the Maine model are needed by consumers and businesses to complete the network that will be needed to maximize cigarette butt collection to protect the environment.

In 2013, Mike Roylos launched Sidewalk Buttler for the manufacture of aluminum containers for collecting cigarette butts for processing and waste collection tracking. The container is designed so that it is easily attached to the posts and provides easy maintenance without contact with the garbage. His containers are now in 49 states, and he says they kept 1.2 million cigarette butts on the streets. 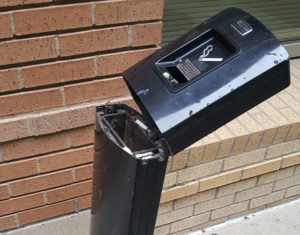 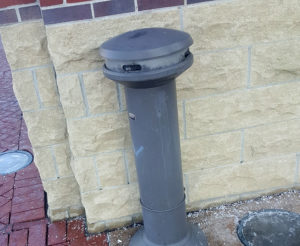 Surfrider Foundation in California approached the problem systematically. An information campaign was developed, large-scale cleaning of the beaches, where special attention was paid to cigarette butts. After that, special containers for cigarette butts were installed and training for communities was conducted at the same time. 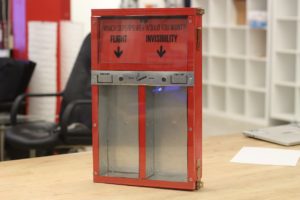 Boston's municipal program has installed tanks in major cities. But, unlike a regular trash can, these containers try to turn the collection process into a game. At the front of each bright red field are questions with two possible answers. Residents can use their cigarette butts to vote for the choice of superpower (invisibility or flight) or to choose the quality they value most in a friend (loyalty or humor).

And in the UK there is a campaign "Well-groomed streets". The campaigns use game and fan methods. From flash mobs to talk tanks, and from naked men with garbage to the art of chewing gum. The first Neat Streets campaign was held in Westminster, London in 2015. Since then, versions have been conducted in Sutton, Manchester and Edinburgh. He also told a lot about our "Love Your Forest" campaign in Dean Forest and "Forward Streets" in Brighton.

GreenMinded Association in France offers businesses and cities the opportunity to install ashtrays (terminals, airtight containers, etc.). They contain hazardous substances that emit cigarette butts, collect waste and send it to the recycling plant. In parallel, the association is working on a "connected" offer, with the development of fun, smart, interactive kiosks. At the top of future connected terminals there will be a question that the user can answer by throwing a cigarette butt. The mobile app provides smokers with a report on monthly cigarette consumption, as well as recommendations on quitting smoking.

Also, in addition to ensuring the collection of this type of waste in many countries there are significant fines for both consumers and businesses.

However, collecting cigarette butts is not enough, you need technologies that process them.

In the United States very interesting innovation in recycling cigarette butts. American company TerraCycle turns cigarette butts into useful things. Cigarette compositions are subject to 100% recycling: Ash, tobacco and paper are converted to compost, while filter plastic is reused to make insulation boards for the construction industry or industrial pallets. Businesses, including cigarettes, work with them to return the collected cigarette butts processing. I work with this company in other countries of the world: Great Britain, France, Australia.

An interesting method processing invented and in Koreans make energy-saving capacitors from old filters there, which can be used in wind turbines, electric cars and portable electronics.

AND in Australia it is cigarette butts that make roads stronger. And thanks to cigarette butts, they produce less heat. To prevent toxic substances from entering the soil, they are encapsulated in a mixture of bitumen and paraffin before mixing them with asphalt.

In France MéGO and CKFD, together with the Rueil-Malmaison cleaning service, have joined forces to collect, sort and repackage cigarettes. After collection, the waste will be crushed, cleaned, disposed of, dried and pressed at a very high temperature.

In Brazil, cigarette butts are made into paper. Once the cigarette butts are collected, the filters are separated from everything else and the material is weighed. They are transferred to a storage tank containing a solution of water and chemicals to dissolve and remove the toxic substances they contain. The resulting material is then filtered and pressed, and that's how the pulp is ready for conversion into paper. Paper is now used for invitations, book covers and notebooks, and glove boxes, but it does not have the quality of paper we are used to. The beauty of this, however, is that the end result comes from reusing waste. This is extremely good for the environment, as we no longer need to cut down trees to make paper, but we can use cigarette butts. 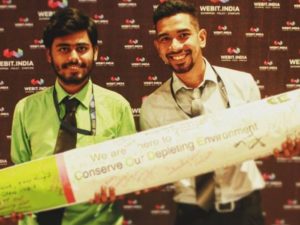 In India there is also an interesting startup. Twenty-two years old Naman Gupta and 25 years old Hanger Kane took the initiative when each part of the cigarette butt can be recycled and reused. And the best part – this is what you can sell cigarette butts if you collect them properly. The initiative called "Code" was launched in July, when Gupta and Canet sitting in the house of his friend. Number clogged cigarettes in pots, bottles and containers gave rise to the idea of making something useful out of it.
The code provides customers with cigarette butt collection tanks called VBins, where they can collect cigarette waste. Every 15 days, the company's garbage collector picks up cigarette butts. Once the cigarettes are collected, they are broken down – tobacco, which is often left behind, and the paper covering the cigarette butt is decomposed and left to produce manure, the filter is recycled by a cleaning process introduced by Vishal. Harvested manure is often sold to gardeners, and treated filters, which are 99.9% safe, are used to make stuffing for toys and pillows and other packaging materials. The ashes are collected, and when a large amount is accumulated, they plan to turn it from ashes to bricks. The company does not spend anything, even water, which is used to clean cigarette butts. It is processed and used for watering plants.

There are also companies that make cigarettes that are not harmful to nature, but they are no less harmful to human health. Smokey Treats has created environmentally friendly cigarettes because all their components are biodegradable. Filters, packaging and packs of such cigarettes are made of wood pulp. The founders of Smokey Treats claim that after a while there will be no trace of the discarded cigarette butt. The tobacco in these cigarettes comes from Africa and does not contain any additives. Even the inscriptions on the pack are environmentally friendly - the ink is made from soy. The company promises to donate a percentage of all profits from the sale of eco-cigarettes to reforestation in South Africa.

What in Ukraine? Not only are cigarette butts ubiquitous, but their collection and disposal is not regulated in Ukraine. This leads to the fact that the environment gets almost unlimited number of them. However, it is gratifying that there are organizations and people who want to change this!